Adichunchanagiri Institute for Molecular Medicine (AIMM) functioning along with AIMS – Central Research Laboratory. The research program from 1998 till April 2017 has been mainly centered around dietary antioxidants in prevention of oxidative stress, which is now recognized as a possible etiological factor for many diseases like Cancer, arthritis, cataract, heart ailments, snake bite, malaria, bacterial, fungal infections. It is a matter of pride that, the institute have been funded by National Cancer Institute of National Institute of Health towards developing the Turmeric peptide as a possible cancer preventive biomolecule under RAPID program. It is a matter of very high satisfaction that, our two publications have been cited as the top entities as most read, downloaded and cited among 2000 publications.

In brief, we have discovered very potent antioxidant from Turmeric with a molecular weight of 8 kDa which we have named as “Arishinin”. This discovery is patented at the Chennai patent office for Indian patent and also has been awarded US patent (US 8,389,677B2).

The institute was successful in identifying a death factor released by fuel, cigarette or organic smoke called as SCID (Smoke Condensate Induced Death factor). We have also reported death factors released from snake venom called as PID-15 (Phospholipase Induced Death factor -15). The above two factors appears to be a death signaling peptides. Other than the above, we have purified a 14 kDa protein from Turmeric and also sequenced the above and registered in Swiss Uniprot (Uniprot P85278).

Now, the laboratory is mainly focusing on synthesis and developing new chemical entities/ drug like small molecules in the field of Cancer, Leishmaniasis and Diabetes. The drug discovery involves the identification of lead molecules, screening hits, and optimization of those hits to increase the affinity, selectivity, efficacy/potency, metabolic stability and bioavailability.

With the interest of above said field, we are actively involved in synthesizing heterocyclic compounds to target proteins involved in DNA repair, cancer metastasis etc. Apart from above said disease filed, we are also in thrust of identifying small molecules and biomarkers for the cardiovascular diseases and diabetes.

Local cancer survey had begun to find out the major predominant cancer types.

We synthesised nearly 50 Novel molecules and they are ready for NMR and Mass detection and after complete purification of the regioselective molecules screening process will begins using cell based assays.

Once the potent molecule is indentified further cell based assays like cell migration assay, Proliferation assay, and Mitochondrial membrane potential assays will be carried.

Later toxicity studies will begins to find out the toxic effect of synthesised molecules on mammalian cells using mice models.

In future, planning to establish gene expression studies to find out aberrant expression of genes in cancer cell and to find out a novel biomarker for detection of lung and cervical cancer. 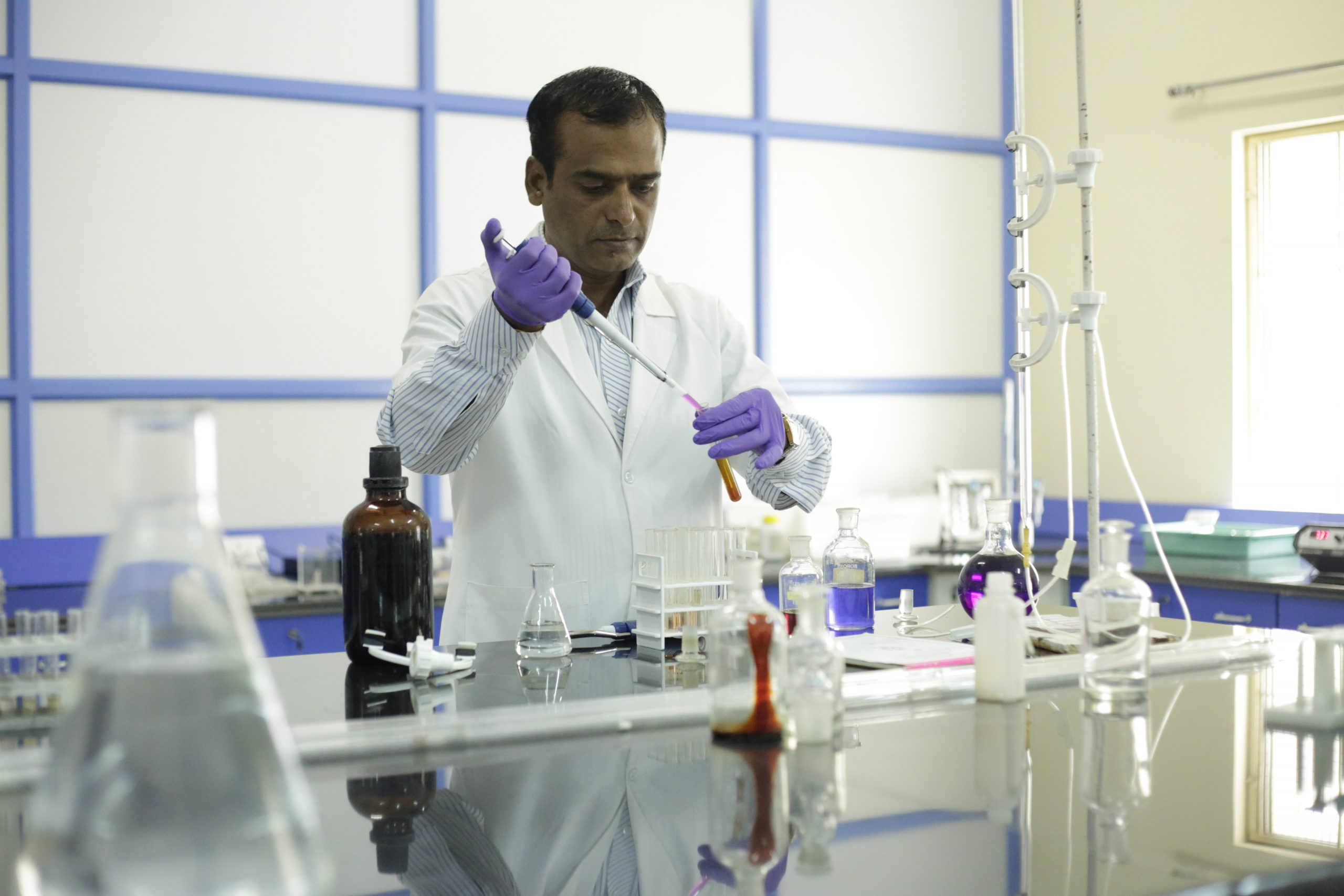